Highlighting the ever-growing interest in the use of FIDIC contracts, the World Bank and other multilateral and bilateral development banks like JICA and KfW recommend FIDIC standard forms of contract. An example of this never ending development is that the government of Romania signed a licence agreement with FIDIC to allow translated General Conditions of FIDIC contracts to be adopted into legislation as the country's benchmark contracts for infrastructure projects. In other Eastern European countries FIDIC has become a common feature for the awarding of contracts for major projects. Also in major parts of Africa and Asia FIDIC has become a common feature. Forinstance in Botswana and Tanzania most of current infrastructure projects are are based on FIDIC forms of contract. A more recent example of the continued sucess of FIDIC form sof contract was that in 2019 the Worldbank signed a licence agreement with FIDIC on the use of FIDIC suite of contracts 2017. The new Worldbank SBD are based on FIDIC 2017 with some significant modifications in the Particular Conditions. 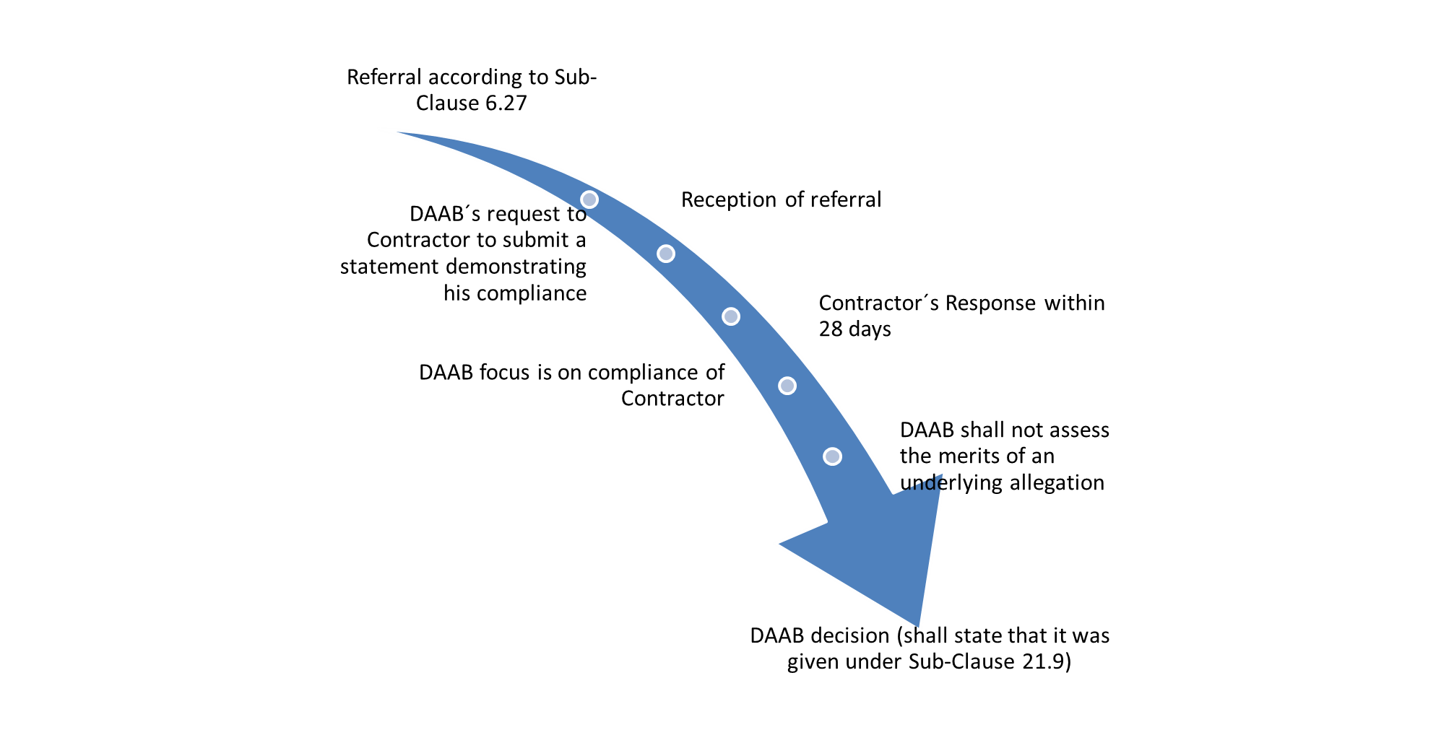 When the construction industry suffers from low margins and the quality and extent of reliable pre-tender information decreases, contractors have difficulties in making projects fully profitable. The reasons for this are:

If and when contracts are awarded upon FIDIC standard forms of contract as is the case in most eastern European countries, additional handicaps exist:

Employers will encounter different challeneges. Contractors are likely to inflate claims, provke Variations and to laod rates in order to supplement their incomes. Thus, Employers may wish to develop strategies and capacities in ord rto defend their interests properly.

Tender documents are often found to be not carefully prepared. Only once in a blue moon the purpose of the contract is accurately and diligently defined though only by means of the definition of the purpose of the works the contractor will be able to achieve fitness for purpose. Thus, frequently contractual documents such as drawings, specifications and requirements are revised several times and changes in design after contract award have become a common fact. Due to poor pre-contractual information and inaccurate tender documents many events arise which were unforeseen at tender stage. Thus in today’s construction projects the contractor’s project management includes handling a huge number of variations and additional work. The contractor has to be aware of the appropriate ways of dealing with all these events and circumstances effectively by managing the duties, obligations and opportunities of the contract.

Tender documents must frequently meet the requirements of funding institutions like World Bank or other MDBs. Nestor FIDIC trainings take this phenomen in account.

Both Parties to the Contract should be aware of the fact that Contract management starts at tender stage when the Employer develops its procurmeent startegy involving the determination of the future probable standard form of Contract to be used.

After Contract award the Parties will be busy from the outset until the end of the defects liability period in following the management rules as set out in the Contract. Under FIDIC these management rules comply with best practice standards.

This also applies to claims. Whilst most claims are based on the contract, sometimes the Parties must rely on the applicable law in order to overcome difficulties and challenges. FIDIC’s traditional approach has been to give authority to an independent and skilled third party to the contract, the so called Engineer, in order to ensure that the contract will be managed effectively in the endeavour of reaching a good result holding a fair balance between both of the Parties. Unfortunately Employers who are not familiar with such a third party to the contract are likely to misunderstand its role and expect the Engineer to be their man on site ignoring fairness, independence and sometimes also the needs of the project. This may lead to time-consuming disputes with the likelihood of a complete project collapse.

In 2006 the German FIDIC member association, VBI, and FIDIC have decided to support the international business and to improve and deepen the knowledge of its members, the German consulting engineers. A internationally competitive training programme has been developed and established and succesfully tested. Since 2006 Consultant Engineers, Contractors, Employers and lawyers are warmly welcome and make constantly use of this training opportunity. The great success of the German speaking seminars, being largely appreciated by consultants, employers and contractors alike, have encouraged FIDIC and Nestor to enlarge the seminar programme and to offer an English speaking soure programme for non native English speakers, especially from Eastern Europe, central Asia and the Middle East.


The FIDIC courses will give a profound introduction to FIDIC conditions 1999/2017 and its fundamental concepts for civil law engineers, employers, contractors and lawyers. All management procedures will be explained, e.g. regarding payments, variations, tests, etc. The courses also cover the procedures for claims and disputes under FIDIC contracts and explain the legal entitlements of both, the contractor and the employer. A particular item is the understanding of the role of the Engineer under FIDIC forms of contract. Moreover, the seminars and courses will focus on the specific features of dispute resolution in international construction contracts and explore practical implications and current developments in Europe. All participants will receive a set of Power Point slides and an English script. FIDIC has secured the expertise of Mr. Axel Volkmar Jaeger who is an experienced consultant and the former past Chairman of the FIDIC Contracts Committee and Dr. Götz-Sebastian Hök, a well known and skilled lawyer specialising in FIDIC contract forms, having published German and French translations of FIDIC standard forms and a considerable number of articles in German and English, such as Hök, The FIDIC Red Book harmonised version, ICLR 2006, 405; Hök, Difficulties encountered in the English-French translation of FIDIC´s Standard Form Contracts, ICLR 2007, 271 etc. Since 2009 Sebastian Hök is listed as a FIDIC approved adjudicator at the FIDIC President´s List.

Since 2012 Nestor is very happy to have Siobhan Fahey and Robert Werth with the team. Siobhan Fahey is a very experienced Irish engineer, member of the FIDIC Contratcs Committee and dispute resolver based in Ireland; while Robert Werth is very experienced German civil engineer, claims counsel and dispute resolver based in Germany. 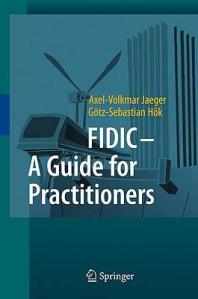 Aexel Volkmar Jaeger and Dr. Götz-Sebastian Hök are the co-authors of: FIDIC for Practitioners, Heilberg 2010

The Nestor FIDIC courses will focus on giving a comprehensive introduction to the FIDIC Rainbow Edition, 1999 and 2017, including

The Nestor FIDIC courses extend to a intense training on the use of ADR. Siobhan Fahey and Seabstian Hök are internationally recognized and renowned experts in this field.

the FIDIC RED BOOK 1999 / 2017 being a contract form where the design is made by the Employer and the Contractor is paid on a measurement basis.

Thus the Red Book follows the traditional procurement route of Design, Bid & Build. The Accepted Contract Amount is based on estimated quantities. The Contractor is paid for the actual quantities of work he carried out. 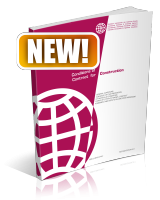 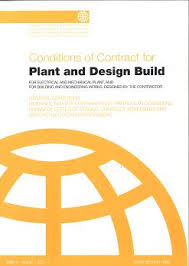 The Yellow Book is famous for providing best practice solutions and answers to various issues with regard to design and build projects, including a sensitive approach to the interface managementregarding the design. 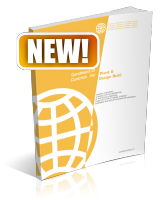 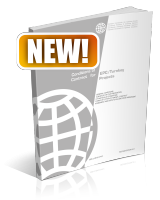 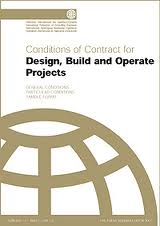 the FIDIC Gold Book being a contract form where the design is made by the Contractor. Additionally the Contractor assumes the resonsiblity for the construction and the operation of the Works. Thus the Gold Book follows the design, build & operate procurement route.

Axel Volkmar Jaeger and Dr. Sebastian Hök have developed a comprehensive training kit on the DBO contract.Dr. Sebastian Hök has held DBO trainings for instance in Manila, Bandung and Dar es Salaam and was involved in DBO health care projects. 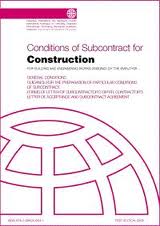 Siobhan Fahey and Dr. Sebastian Hök have developed a comprehensive training kit on the FIDIC Subcontract. Moreover they have jointly published two papers on the Subcontract in the ICLR.

Further information including guidance on inhouse seminars will be available at:

The Nestor team members are available for all type of FIDIC seminars including special seminars for consultant engineers, contractors and employers. Across the usual FIDIC modules the team has developed advanced training modules and modules on integrity management.